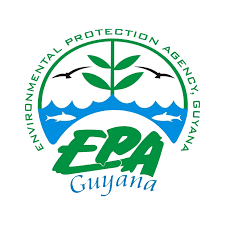 ExxonMobil and two of its subcontractors were fined three times this year for minor spills of hydraulic fluid in the offshore Stabroek Block and the Environmental Protection Agency (EPA) says it wanted to underscore zero tolerance for lax maintenance and procedures in light of the large risk that such operations can pose to the environment and safety.

Sources last week told this newspaper that Exxon affiliate Esso Exploration and Production Guyana Limited (EEPGL) had experienced spills of hydraulic fluids due to, among other issues, a worn out and leaky hose and that it was reported to the EPA.

It would take over a week for the EPA to confirm and when its Director Dr. Vincent Adams did, he said that it was because it was sensitive information and he wanted to ensure that he had “all the facts” before making any statements.

“Yes, it is indeed true that ExxonMobil was fined for spills but it was not fuel or crude. It was about, in one case, about two litres of hydraulic fluid. The spills were very very minor in terms of environmental impact. However, they were fined not because of the small spills but because they failed to meet the requirement of the permit of authorisation, which demands that they adhere to maintenance practices and procedures of a very high standard,” Adams told Sunday Stabroek.

“The EPA has been paying very close attention, not just to EEPGL’s maintenance programme but to all of the operations, because maintenance is the first line of defence to any spill or cause of any major incident or accident. The EPA has been putting quite a bit of emphasis in this area because it wants companies to really understand that lapses in maintenance protocols and procedures are precursors to larger and more significant incidents and accidents.  So we are putting a lot of focus on maintenance. The fines were based on lapses in maintenance, not the spills per se but what caused the spills,” he added.

Adams explained that the fines were the permitted maximum of $100,000 (US$500) for this level of the three infractions, which occurred in March, April and May of this year.  “We fined both the company and the subcontractors for each incident,” he said. It would mean the EPA would be paid a total $600,000 (US$2,600).  The paltry sums will raise eyebrows and the question of the elevating of these fines.

When contacted, ExxonMobil acknowledged that it was fined and says that the spills had no major impact on the environment. It added that it will learn from the events going forward.

“ExxonMobil Guyana as operator in the Stabroek Block has been fined jointly with two of our contractors for three hydraulic fluid spills which occurred between March and May of this year while conducting varying activities offshore. The spills were of very small amounts under each circumstance and reported to the EPA in a timely manner.  They caused no impact to the environment,” the company said through its local Public and Government Affairs Advisor Janelle Persaud.

“…While we manage our business with the goal of preventing such incidents, we are prepared should accidents occur and can respond quickly and effectively with care to any such incident resulting from our operations. We will make every effort to learn from these incidents and apply preventative steps as identified while holding our contractors to the same standard,” she added.

According to Adams, it was hose hydraulic fluid that was spilled in one instance, where the hose was leaking. “…and they were to check it over a period of time as the maintenance procedure called for that but it didn’t happen,” he explained.

“The company was basically taking the angle of environmental impact, which was that it was minimal. Of course, we rejected that argument and used instead the requirement that they have a good maintenance system, which is critical to safety. It is indeed minimal, as I have said, but that is not the issue. Safety and maintenance always is the core of the matter,” he stressed.

“This is something we are imposing on all operators, across all industries and it is very critical for maintaining safe operations. If the manufacturer’s specification says you have a hose transferring gas or hazardous material and it says you have to inspect every six months, there is a reason why they stipulate that. You are to do that.  These materials, they wear and they [the manufacturers] know this. When they give a specification, they are saying there is a high probability that this material may erode and there is that probability of a spill occurring,” he further added.

Adams reasoned that if a company is not adhering to the manufacturer’s guidelines for usage of materials and proper maintenance regimes, it speaks to the culture of that working environment.

“The other thing that non-concurrence with maintenance guidelines points to is that you can go behind that and tell what is the culture of an operation. If your company is not following just basic standard safety procedure, then there is a culture of your non-commitment to safety being the number one priority.

In all of Adams’ public presentations on safety in the industry he has said that all operators boast of stellar safety cultures, but many times when you evaluate their operations they lack basic procedures and adherence to maintenance requirements.

He reiterated that position, “In my over 40 years in this job,  if you ask every operator what is their number one priority, they will say it is safety. Saying it and doing it is something else. You must practice what you preach. It is why (a) safety protocol is the underpinning of our entire authorization process,” he said.

The EPA Director pointed to the four major fuel spills this year here from different companies and he said that all were caused by maintenance lapses.

“We have had four major spills for 2020 varying from 5,000 to 60,000 litres:  DDL, Troy Resources, GPL and you know of Lynwil in Linden with over 60,000 litres there. Four major fuel spills in one year! All of those were caused by maintenance issues,” he stressed.

He said that the EPA prefers to not generate any money from fines over spills and other infractions, as one could not put a cost to providing citizens with a clean and safe environment.  “It is not about the money, never about the money… it is that we hope they get more circumspect; that they pay attention or improve their culture,” he noted.

Adams hopes that while the fines are small, the companies will still endeavour to ensure safe systems at their worksites and if they fail, they must also know that the EPA will be monitoring.

It was only last week that physicist and energy researcher Dr Robert Kleinberg warned that this country must ensure that ExxonMobil have for its oil and gas operations a leak detection and repair programme that utilises the latest technology.

Retraction of 2020 guidelines will not affect EIAs – EPA assures

July 16, 2021 - As public scoping meetings continue in Guyana ahead of the Environmental Impact Assessment (EIA) for the US$900 million gas-to-energy project, some concerns have been raised about the move by the Environmental Protection Agency (EPA) to withdraw its 2020 EIA guidelines. But the EPA in response, has assured that this will have no bearing on the quality of EIAs being conducted, particularly the one for the landmark project that is expected to cut Guyana’s energy bill by half and create new industries.