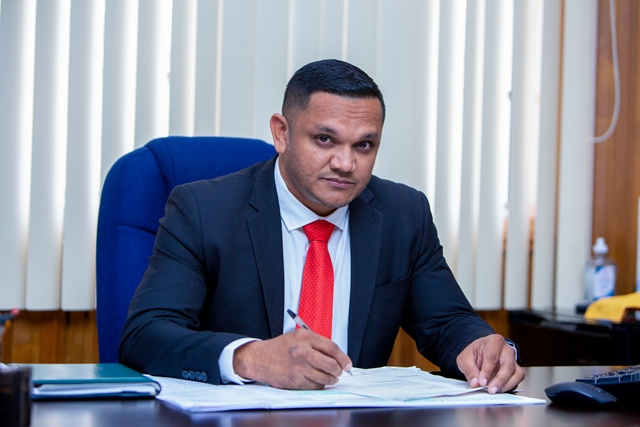 On behalf of the Government of Guyana and as Minister of Natural Resources with responsibility for the Petroleum Sector, it gives me great pleasure to announce Guyana’s 19th Offshore Oil Discovery at the Uaru-2 well within the Stabroek Block offshore Guyana.

The Uaru-2 discovery will add to the previously announced gross discovered recoverable resource estimate for the block, which is currently estimated to be over 9 billion oil-equivalent barrels. Drilling at Uaru-2 encountered high-quality oil-bearing reservoirs including newly identified intervals below the original Uaru-1 discovery.

This new development in Guyana increases the potential to as many as 10 floating production storage and offloading vessels (FPSO) with an increase of the estimated recoverable resource given by operator, Esso Exploration and Production Guyana Limited (EEPGL).

As such the Government of Guyana welcomes the Uaru-2 discovery and remains committed to the sustainable development of Guyana’s Oil and Gas Resources to ensure that the benefit from this sector transforms all traditional productive sectors to enhance the lives of all Guyanese.

April 29, 2021 - ESTIMATED recoverable resources at the Stabroek Block, offshore Guyana, is expected to surpass the projected nine billion barrels of oil equivalent, as operator of the block, ExxonMobil, has announced the discovery of high-quality oil-bearing reservoirs at the Uaru-2 well.

April 28, 2021 - ExxonMobil made an oil discovery at the Uaru-2 well in the Stabroek Block offshore Guyana. Uaru-2 will add to the previously announced gross discovered recoverable resource estimate for the block, which is currently estimated to be approximately 9 billion oil-equivalent barrels. Drilling at Uaru-2 encountered approximately 120 feet (36.7 meters) of high quality oil bearing reservoirs including newly identified intervals below the original Uaru-1 discovery. The well was drilled in 5,659 feet (1,725 meters) of water and is located approximately 6.8 miles (11 kilometers) south of the Uaru-1 well.