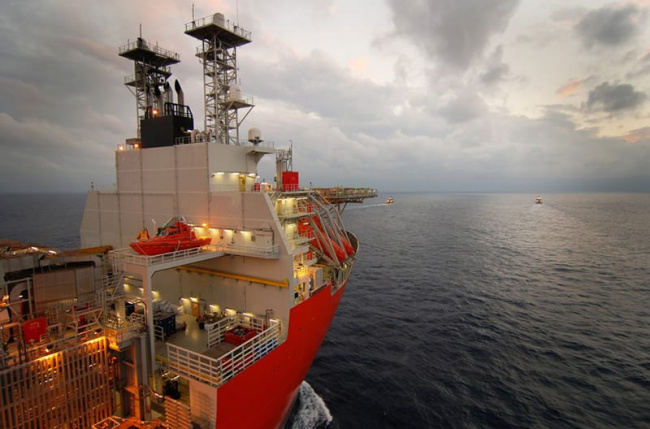 – Aims to ensure the interests of all Guyanese are protected

The Ministry of Natural Resources recently announced the review of the Esso Exploration and Production Guyana Limited’s (EEPGL) Payara contract and, in the interest of transparency and accountability, would like to highlight the following facts relating to the review.

The current review has been undertaken by the Energy Department for more than seven months. The Department contracted Bayphase Oil and Gas Consultants at a sum of US$386,830 which commenced in December 27, 2019. There was a first contract extension (no cost) to July 27, 2020 and a second contract extension to September 27, 2020 with a revised contract sum of US$429,382 which represents an 11 percent increase. This review by Bayphase Oil and Gas Consultants will be completed shortly.

The PPP/C Government has decided to review the work already undertaken by the Department of Energy so that the interest of all Guyanese is protected and in keeping with international transparency and accountability standards prior to approval being given.

It will be important to have a team of technical experts to assess progress to date and to assist the Ministry, where necessary to successfully conclude the permitting exercise. This will require coordination on ensuring that regulations are complied with and that they can be enforced.  This will include environmental standards and reservoir management which is about managing how resources are developed to ensure that the interests of the people of Guyana and their resources are developed in a sustainable and responsible manner to the benefit of the country.

Bayphase Oil and Gas Review will be re-examined by a team to be headed by Ms. Alison Redford QC which includes the former Deputy Minister of Energy in Newfoundland, Canada, senior international reservoir engineers and Mr. Jay Park, QC, Managing Partner of Park Energy Law based in Canada and the United Kingdom. Ms. Redford has also worked with other groups around the world to conduct similar reviews in nature.

Ms. Redford has served as a World Bank Advisor on Gas Sector Reform in Pakistan and Afghanistanan and in other jurisdictions, as they develop new approaches to upstream regulation, transparencyand accountability inclusive of community engagement. As Premier of Alberta, she introduced the Responsible Energy Development Act which created the Alberta Energy Regulator.  The Act sets out rigorous regulation, compliance and enforcement provisions on all aspects of oil and gas production, including permits and licenses.

Further, she also developed the Canadian Energy Strategy for Canadian First Ministers and the Transition Energy Initiative for the Conference Board of Canada.

As mentioned above, Ms. Redford served as Attorney General of Alberta from 2008 to 2011 and as Premier from 2011 to 2014, overseeing the legislative, policy, political and financial operations of the Province with a $40 Billion CDN (balanced) budget, including, oversight of the Province’s sovereign wealth fund, international trade and pipeline policy (particularly with Washington, China and India), environmental sustainability (including climate change policy in the conventional and unconventional energy sectors, renewable energy strategies and the development of green energy sources to contribute to international climate goals and priorities.

She has worked on several bilateral and multilateral projects particularly in the energy sector regulation and has worked in multiple countries on behalf of the United Nations, the Commonwealth and the European Union.

Ms. Redford, through a World Bank project, supported Pakistan Upstream Regulatory Reform as Advisor to the Ministry of Petroleum and Natural Gas on efficiencies in the gas sector, including regulatory and infrastructure reform and review of investment strategies for International Oil Companies, and worked with a team to draft the Pakistan Petroleum Exploration and Production Regulatory Authority legislation.

As Attorney General she was responsible for oversight on all energy sector transactions including conventional oil and gas production and the oil sands, including leading the renegotiation of the Great Canadian Oil Sands/Syncrude Agreement on behalf of the Government of Alberta.  She simultaneously advocated for integrated community engagement and stakeholder development in regulated industries, particularly in the context of climate change policy addressing both economic and social policy to mitigate long term technical risk in volatile policy environments

Meanwhile, it must be emphasized that while this is a limited reflection of Ms. Redford and her team’s skills and capacity building abilities, they also have vast knowledge in the field of policies and legal framework that supports accountability and transparency within the Petroleum Sector.

September 30, 2020 - ExxonMobil has made its final investment decision to proceed with the Payara field offshore development in Guyana after receiving government approvals. Payara is the third project in the Stabroek Block and is expected to produce up to 220,000 barrels of oil per day after startup in 2024, using the Prosperity floating production, storage and offloading (FPSO) vessel.

September 03, 2020 - A draft agreement for the Payara development has been formulated and will be discussed today by a high-level team comprising individuals from ExxonMobil and the Department of Energy.

August 27, 2020 - The Government has agreed to an extension of a few days for the consultants evaluating the review done by British firm Bayphase Limited on the Payara project Field Development Plan (FDP).